Measured mourns the passing of architect Clifford Wiens, who died January 25th at his home in Vancouver.

Alex Bozikovic of the Globe and Mail writes:

Mr. Wiens designed a wide variety of buildings in Regina and elsewhere in Saskatchewan, including private homes, schools, churches, hospitals, the Prince Albert City Hall and the provincial CBC headquarters.

Through his 40-year career, the lessons of farm life, including a deep respect for nature and a visceral understanding of structure, stayed with him. “His understanding of the material world wasn’t something that was academic,” his daughter Robin Poitras recalls. “Form and function were a reality, and they had to do with survival.”

Clifford mentored Clinton in his education as thesis adviser, and continued to guide Clinton in his professional work. Clinton looked up Clifford as a friend and mentor, with the two remaining close over the years.

He will be missed.

/You can read his obituary in the Globe and Mail. 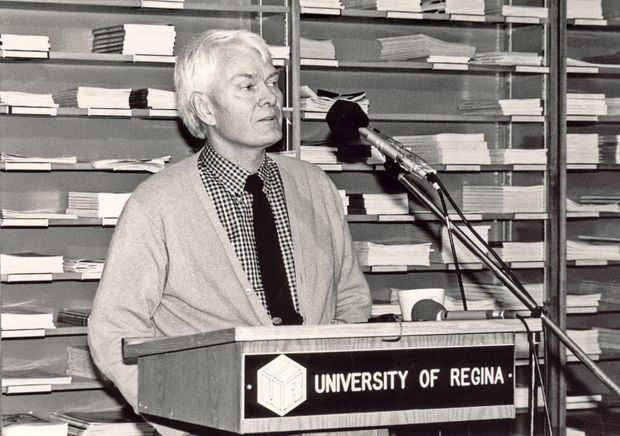 Photo Credit: The University of Regina