Measured’s gone international, again! In 2019, the Canada Council for the Arts announced that Impostor Cities, presented by Montreal-based T B A + David Theodore, would be Canada’s official entry to the 17th edition of the Venice Biennale. We are honoured to have supported a component of the installation – our office facilitated interviews with Architect Arthur Erickson-descendant Geoffrey Erickson, with our own Principal Clinton Cuddington participating in the discussion as well. The conversation discussed the Canadian condition of architecture, and focused on how it helps to facilitate the phenomena of Canadian cities being used as a backdrop of alteration to reflect international cities in cinema.

From Impostor Cities: Canada’s architecture is film-famous. That’s because Canadian cities often double as other places onscreen. Toronto stands in for Tokyo, for example, while Vancouver and Montreal masquerade as Moscow, Paris, and New York. Impostor Cities celebrates the Canadian cities that pose as these amazing cinematic impostors, bringing attention to how our architecture appears to the world through the silver screen.

The exhibition plays with the enchantment of cinema. Visitors will encounter a Canada Pavilion transformed into a bold icon that is visible across the Giardini. Inside, an immersive experience will place visitors in movie mode, inducing a change in attitude that prepares them for a visceral visual- and audio-experience composed of supercuts of scenes from selected films and television shows. In addition, an interactive library will allow visitors to browse information about buildings—and their architects—featured in the supercuts, as well as stories about how filmmakers transform Canadian cities into cinematic impostors.

This isn’t the first time Measured has been at the Venice Biennale. As recently as 2018, Measured’s Rough House was included in Andrew Latreille’s THEN and NOW exhibition and the 16th edition of the Biennale, which recorded the process of the construction of Rough House.

/You can read about Impostor Cities on Canadian Architect 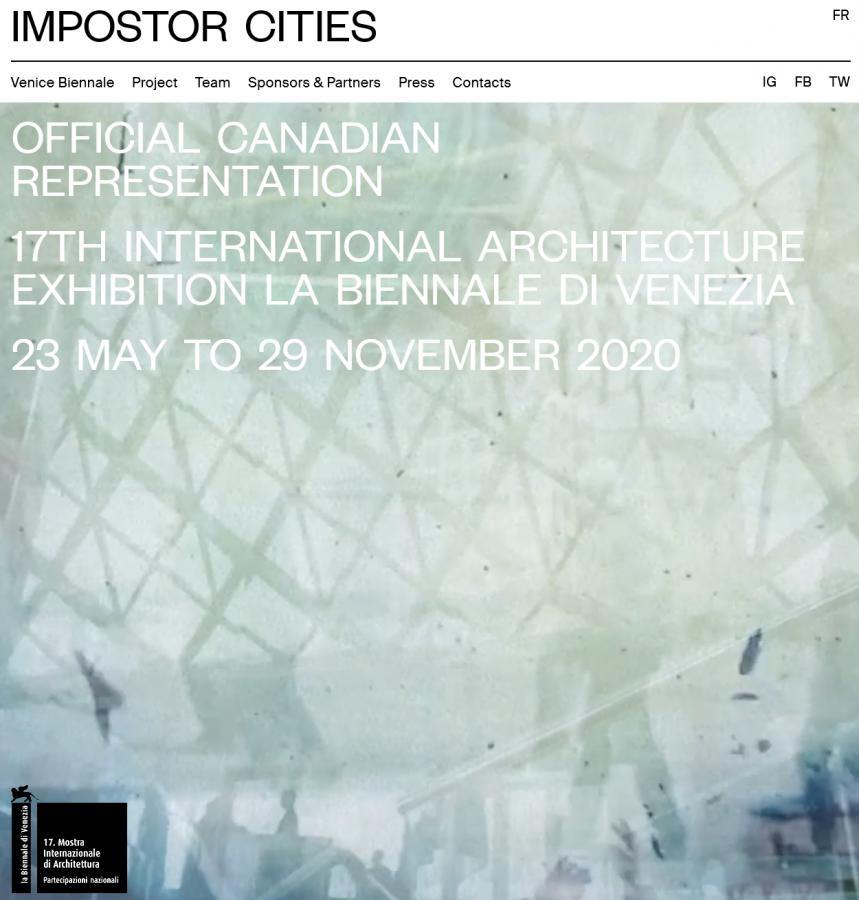